OFFICIAL ADDRESS REGARDING THE ELECTION CAMPAIGN

Just before the election campaign for MPs in the 45th Ordinary National Assembly of the Republic of Bulgaria, we appeal to party leaders and all other participants in it to preserve children by not involving them in political agitation and use them for political purposes. Let's put the interests of children and their rights above all other goals!

Often children, due to their inexperience and the desire to imitate adults, would not be able to properly understand political ideas, so they should not be witnesses and unwitting participants in the competition of political forces or be indirectly used to send such messages to society. The legislator in Bulgaria has placed the child's personality above the public interest in ensuring the awareness of members of society, providing for the protection of his personality in the Child Protection Act, which states that information and data about a child are not disclosed without the consent of his parents or legal representatives, as well as the consent of the children themselves, if they have reached the age of 14, except in cases of mandatory notification to the child protection authorities of a child in need of assistance in a risky situation. For children who are under a protection measure (placed in foster families, in families of relatives or friends, in social or integrated health and social care services, or with a protection measure in a family environment), given their special situation an explicit written statement is required from the protection authority that took the measure.

These obligations must be performed impartially for every child in Bulgaria, without any discrimination, regardless of race, skin color, gender, ethics, religion, political or other views, national, ethnic or social origin, property status, disability, the birth or other status of the child or of his or her parents or legal guardians. This also applies to the children of public and political figures, who are often the subject of increased interest in the media and social networks. These children need support and protection against arbitrary interference in their privacy, like all children, due to the risk of stigmatization, unpredictable negative consequences in the long run on their development and the creation of negative attitudes towards the child, including in unclear circumstances. No child should suffer from humiliating public appearances in society, regardless of their parents or close relatives.

The practice of previous election campaigns shows that during public events, personal stories and data of children are used and disclosed by showing their image (photo or video image), names or other features by which they can be identified [1], thus creating preconditions for violating the personal inviolability of the child. We also turn to the media, which are an extremely important participant in the election campaigns. All of us in our various roles and responsibilities as professionals, parents and citizens, should be guided by a number of norms and conditions that are related to the protection of the child's personality [2], regulated in international instruments and our national legislation.

This is not imposing censorship on the work of the media, but fairness to the personality of the smallest human beings. All people must be careful not to misuse information concerning children in the media and on the Internet. Before using such information, we ask journalists to try to verify it in advance through various reliable sources, in order to avoid a number of false news and to abuse children. In the course of the election campaign, politicians are likely to appear in educational institutions (kindergartens and schools) and social services (family-type support and accommodation centers), which should be interpreted and perceived as agitation, regardless of their motives and intentions. The Electoral Code [3] should be observed by not allowing pre-election campaigning in state and municipal institutions.

Involving children in political activity is a legal violation. Let's save the kids! 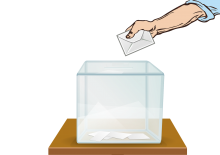 THE SACP PARTICIPATES IN A SESSION OF THE…

The Chairperson of the State Agency for Child Protection participated in a meeting of the Public Council for Combating Illegal and Harmful Content in the Bulgarian Internet Space at the National Center for Safe Internet. The work of the Center is… More